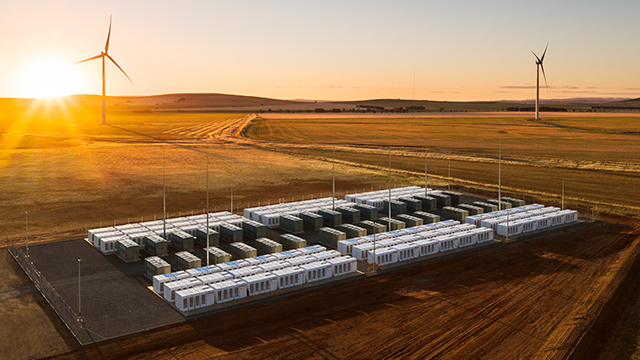 The future of energy storage is becoming increasingly important in light of the trends in global energy supply and demand. In its World Energy Outlook 2019, the International Energy Agency’s (IEA) figures show that although the production of renewable energy is increasing, it is being outstripped by the rise in overall energy demand. This means the percentage of global demand being met by renewables is barely moving and consequently, energy-related carbon emissions continue to rise and are unlikely to peak until 2040 if the world continues on its present path.

Storage has incredible disruptive potential for the energy industry. It is one of the best available avenues we have for speeding up the integration of renewables into the energy mix and solving a raft of connected energy problems along the way. As the demand for electricity rises vis-a-vis other primary energy sources due to consumer technology trends (such as electric cars and mobile devices), there is a corresponding increase in the opportunity that energy storage presents.

How exactly can energy storage help solve the massive energy demand versus emissions reduction conundrum? While the answer is not yet fully in our grasp, we now have at-scale examples which I believe are instructive of the way forward.

The Hornsdale Power Reserve (HPR) located in South Australia is an illustrative case of energy storage innovation. Currently the world’s largest lithium-ion battery at 100MW capacity and 129MWh storage, the system is owned and operated by Neoen, uses Tesla powerpacks and was initiated via a Twitter exchange between Tesla CEO Elon Musk and Atlassian co-founder Mike Cannon-Brookes. Following devastating storms and associated blackouts in the state, the South Australian government required a grid-connected solution which could both provide back-up storage and rapidly respond to emergency events. Located next to the 300MW Hornsdale Wind Farm, which is its charging source, HPR supports the integration of renewable energy in South Australia, trading on the spot market when energy demand is high. HPR has demonstrated its value since coming online, responding to multiple grid stability issues with speed and precision, leading to the recent decision to expand the battery’s capacity to 150MW.

Two other large-scale renewable energy projects in the pipeline point to the opportunity battery storage is presenting. Mr Cannon-Brookes is one of the early backers of the ambitious Sun Cable project, which will be a 15,000-hectare solar array in the Northern Territory. Sun Cable will be supported by battery storage and linked to Singapore via a high voltage cable, intended to significantly reduce Singapore’s dependence on natural gas. The battery required to support this solar production will be an incredible 150 times the size of the HPR. Across the Pacific, Warren Buffett is behind the Gemini Solar and Storage project in the United States’ Nevada desert through Berkshire Hathaway subsidiary NV Energy. It will use electricity generated by the 2,900-hectare, 690MW solar plant, supported by 590MW of battery storage for dispatch during Nevada’s early-evening peak.

The economic case for battery storage has taken a great leap over the past decade. Part of this can be explained by the precipitous drop in the cost of energy storage systems. A study by McKinsey & Company found that between 2012 and 2017, the cost of a utility-scale system fell by more than 20 per cent each year. It took solar photovoltaic and wind technologies much longer to achieve the same degree of cost efficiencies.

The other part of explaining storage’s great economic case leap is the variety of ways it can be used, or to put it another way, the number of problems it can solve. The South Australian HPR project has demonstrated that battery storage is moving in the direction of doing much more than providing power reliability and backup, important though that is. Frequency regulation, firming and smoothing the variability of solar and wind power, load following and other grid support services are functions of increasing value to governments and regulators concerned with energy security and utilities seeking competitive advantage and diversifying their business models. Meanwhile, an increasing number of businesses and prosumer households are benefiting from deploying their battery units to optimally manage their solar and use of the grid to cut their power bills. What’s more, batteries will increasingly enable efficiencies at the neighbourhood level, with entire locales able to partially or fully sustain themselves and be net contributors to smart grid energy needs.

There is, or has been in the recent past, a widely held perception that technology which supports infrastructure, or InfraTech, is very expensive. While this may be true for mammoth projects like Sun Cable, which is of an unprecedented scale, the HPR cost a reasonable $90 million, and within its first quarter of operation, had already facilitated approximately $33 million in cost savings for grid stabilisation services, also creating the potential for consumers to benefit from reduced power prices.

Infrastructure has historically been an industry slow to adopt technological advancements. It has become clear that governments and industry leaders need to make intentional commitments to adopt tech solutions in infrastructure and set incentives for the adoption and supply of InfraTech. InfraTech is a focus this year for the G20, and the Global Infrastructure Hub is playing an active part in this work because of the role technology and innovation can play in infrastructure, not only creating economic benefits, but also addressing environmental, social and governance (ESG) challenges.

These ESG challenges are becoming increasingly important to investors. In 2019, the Global Infrastructure Hub, in partnership with EDHEC, released an investor survey of over 300 leaders across all markets, in which 36 per cent identified achieving ESG objectives as a “first order question”. This was more than double the percentage from 2016. This sentiment turning into action is evidenced by the increasing number of climate finance initiatives such as the Climate Finance Partnership, set up by the governments of France and Germany to invest in climate change-linked infrastructure upgrades in emerging markets. In January this year, BlackRock, the world’s largest fund manager, announced a $US100 million commitment to the fund which will go toward renewable energy, energy efficiency and storage solutions.

Private sector innovation, as well as financing, will be crucial to achieving new storage-optimised energy business models and data-driven solutions. To prove the point on innovation, we need look no further than the rapid deployment of the HPR, which was installed and working 100 days from contract signature, as Musk had promised on Twitter. To be sure, the acceptable level of risk is lower for most investors than it is for billionaires (such as Musk, Cannon-Brookes and Buffett), and herein lies the challenge: attracting the capital needed to scale up emerging energy storage technology, including alternatives to lithium-ion batteries, to support the transition to clean energy on a global scale. The public and private sectors each have their roles to play, and I believe increasing how effectively they interact, such as by creating space for innovation in energy contracts, will determine whether the 2020s become known as the decade for emissions reduction led by the mass uptake of renewables and energy storage.

First cases of monkeypox in children in U.S. confirmed

15 Personal Growth Questions To Ask Yourself

How It Works, Pros & Cons