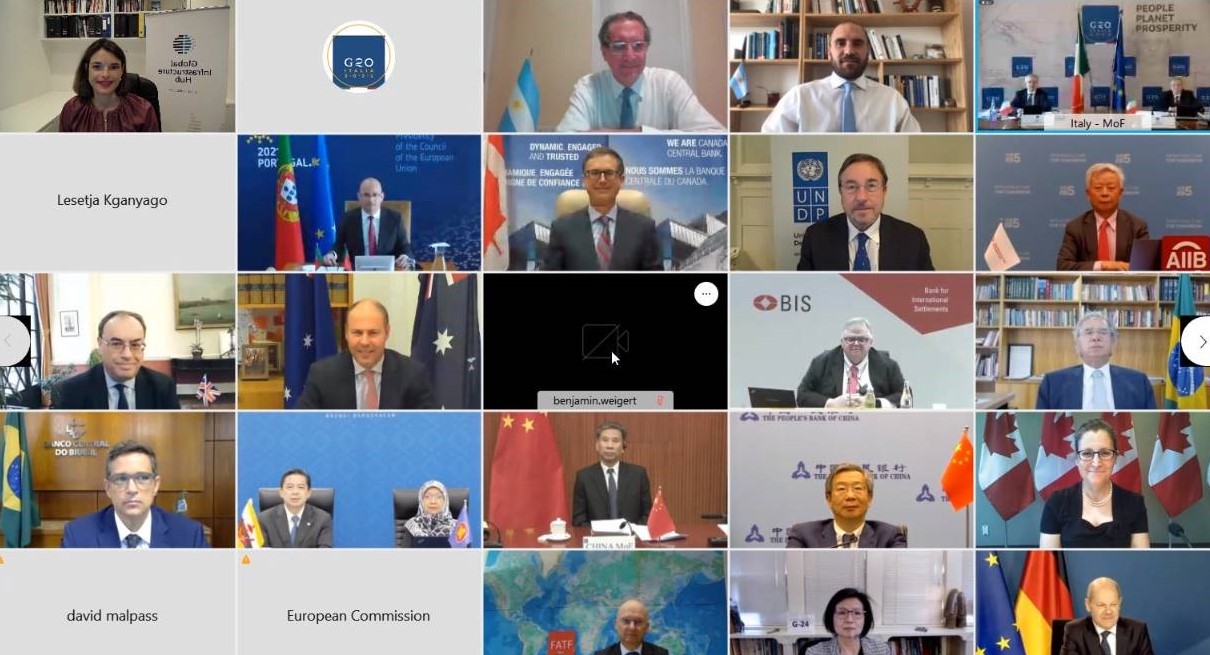 The G20 Finance Ministers and Central Bank Governors (FMCBGs) met on the 7 April and issued a Communiqué outlining their collective commitments and priorities. The Communiqué cites several GI Hub tools that will help G20 countries and others harness the transformative potential of infrastructure and attract private investment in infrastructure.

The issues highlighted in the Communiqué affirm the critical role of infrastructure in the economic and social recovery from COVID-19. There is particular emphasis on the need to create resilient and sustainable infrastructure that has transformative impacts for societies and communities – topics that have seen broad consensus in the G20 and been focuses of the Italian G20 Presidency since it commenced in December 2020.

There has also been broad consensus among the FMCBGs that meeting immediate infrastructure needs will require a significant mobilisation of private capital, following what the GI Hub has found to be a 10-year decline in private investment in infrastructure.

The first GI Hub initiative to be cited by the G20 is the upcoming InfraTracker, which reports country infrastructure stimulus programs and analyses their potential transformative impacts. With more than $2.2 trillion in stimulus already announced, the GI Hub’s structured, independent analysis of these packages and their potential outcomes will help governments make increasingly more informed decisions about infrastructure as a stimulus.

The G20 Communiqué also cites the GI Hub’s Quality Infrastructure Investment (QII) Survey Report. The QII principles were established under the Japanese G20 Presidency in 2019 and are broadly aligned to UN Sustainable Development Goals (SDGs). The G20 defines quality infrastructure investment as that which is sustainable, inclusive, resilient, and which integrates environmental and social concerns into infrastructure investment. There are six voluntary and non-binding QII Principles endorsed by the G20, which are supported by 44 sub-principles.

Post-COVID-19, G20 members responded to a member-led survey on QII, and the GI Hub prepared a report summarising the G20 members’ responses. The responses demonstrate the benefits of QII and good practice across sectors. They also pave the way for governments to gradually embed more policy and projects aligned with QII and environmental, social and governance (ESG) principles, which in turn could leverage market demand from investors.

Included in the third progress report against the G20 Action Plan, which is an annex to the Communiqué, is the GI Hub’s ongoing work on Innovative Funding & Financing models for the mobilisation of private investment in infrastructure. This follows the publication of our initial framework and presentation of the framework to the G20 Infrastructure Working Group and key stakeholders earlier this year.

The GI Hub is looking forward to progressing these initiatives and continuing to help advance the G20 infrastructure agenda in 2021 and beyond. To stay informed about the launch of the above initiatives to the wider infrastructure ecosystem, sign up for our monthly newsletter here.

6 Crucial Ones for Ecommerce

What needs to be done to decarbonise the transport sector?

How To Create A Financially Sound Plan For Yourself!

What Is Market Rotation and How to Use It to Your Advantage?