Why Floods Occur in Pakistan

Heavy rainfalls have wreaked havoc throughout the country, including the loss of human life and damage to infrastructure. According to the National Disaster Management Authority (NDMA), flash floods in Pakistan have caused the death of 937 people so far since mid-June 2022.

The heavy monsoon rainfalls have severely impacted the areas of Sindh, South Punjab, Khyber Pakhtunkhawa, and Balochistan, leaving about 50,000 people homeless. According to NDMA, Pakistan received 166.8 mm of rain in August, compared to the average rainfall of 48 mm during the same time last year. This shows an increase of 241 percent in the average monsoon rainfall.

The two worst-hit regions, Sindh and Balochistan, have witnessed around 784 percent and 496 percent increase in rainfall, respectively.

This monsoon spell has caused flash floods in different areas of the country, destroying thousands of homes and leaving around 30 million people without shelter. According to the Minister of Climate Change, it is the 8th monsoon cycle, which is unprecedented as Pakistan usually has 3 to 4 monsoon cycles.

The authorities are expecting another cycle in September that can make the current situation even worse for the locals.

Graana.com, Pakistan’s smartest property portal, provides a comprehensive analysis of the causes of floods in Pakistan.

What Are the Causes of Floods in Pakistan? 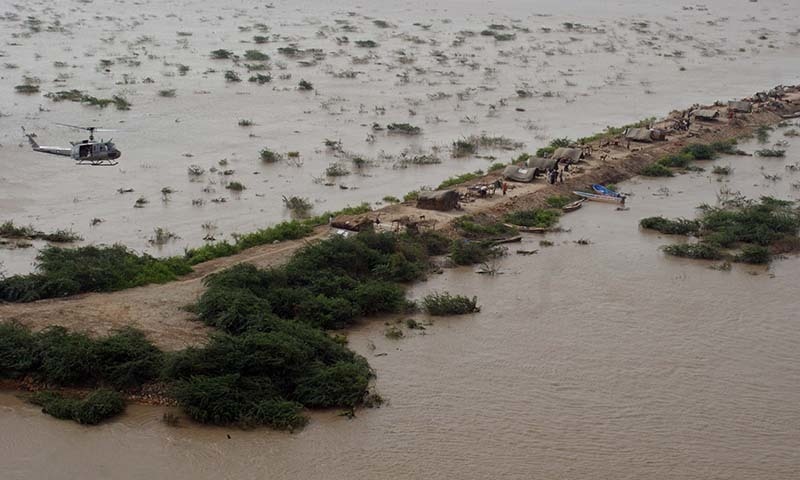 Following are some of the reasons why floods are becoming a common occurrence in Pakistan.

Historically, floods were caused by heavy rainfalls in the monsoon season that increased water levels in the Indus river, the most important water resource for the country’s agricultural production.

In 2010, the devastating monsoon spell started on 18th July and ended on 10th September. This caused floods in the Indus and its tributaries i.e Jhelum, Chenab, Ravi and Sutlej Rivers.

The breaches along the Indus river embankments, mostly upstream of Taunsa Barrage in Punjab and at Tori/Ghauspur of Sukkur Barrage, caused the floods in 2010.

The same has happened this year but it has caused an even more devastating impact, especially in the south of Pakistan. According to experts, climate change is the main reason behind these sudden weather changes, which have caused the melting of glaciers and cloudbursts in different parts of the country.

Due to rapidly melting glaciers and unprecedented rainfalls, the water levels in rivers and dams are rising, resulting in the overflow of reservoirs.

Following is the data on the heaviest rainfall received in a single day, recorded. The data is from 1931 to 2020.

Deforestation: The Cause of Floods in Pakistan 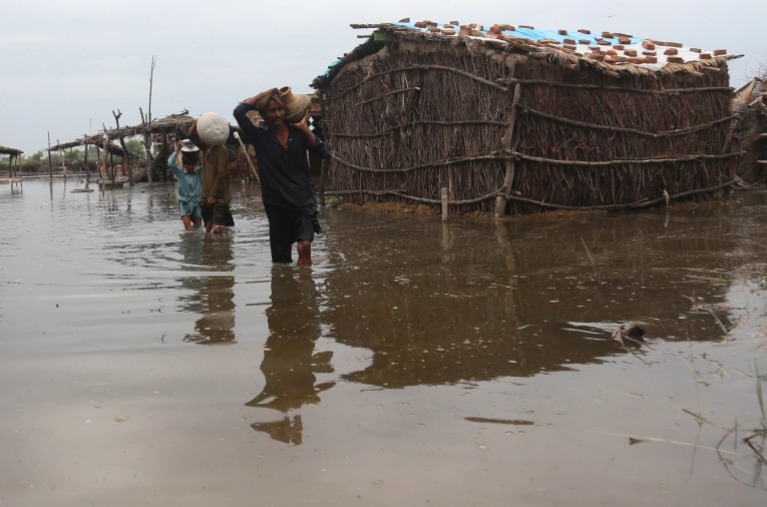 The intensity of these rainfalls has increased dramatically this year due to deforestation. According to the Global Forest Watch Organisation, Pakistan has lost around 63.2 hectares of forest cover in 2021, which is equivalent to 23.5 kt (kiloton) of CO₂ emissions. These have increased temperatures; those in the southern cities have crossed 120°F.

This shows how much deforestation has contributed to climate change in the country that, in result, causes such natural disasters.

Another reason for deforestation is the unplanned and rapid urbanization that has resulted in frequent soil erosion and urban flooding.

Another reason for the common occurrence of floods is that no new dams in Pakistan have been constructed in the past few years.

Currently,  the development of the Mohmand and Diamer Bhasha Dams is under process, which will help in storing rainwater and reducing the impact of floods in the future. Moreover, apart from these two dams, more dams are under construction in Pakistan.

However, these dams will not be enough to deal with extreme weather conditions as the country need several big water reservoirs to reduce the occurrence of floods in the country.

While these monsoon rains are the major cause of floods, there are several other natural and structural issues that have triggered these extreme weather conditions. The government needs to take flood safety measures to prevent losses.

In order to deal with floods, the authorities should build dams and introduce measures to decrease carbon dioxide emissions, which will help in reducing the impact of climate change in the country.