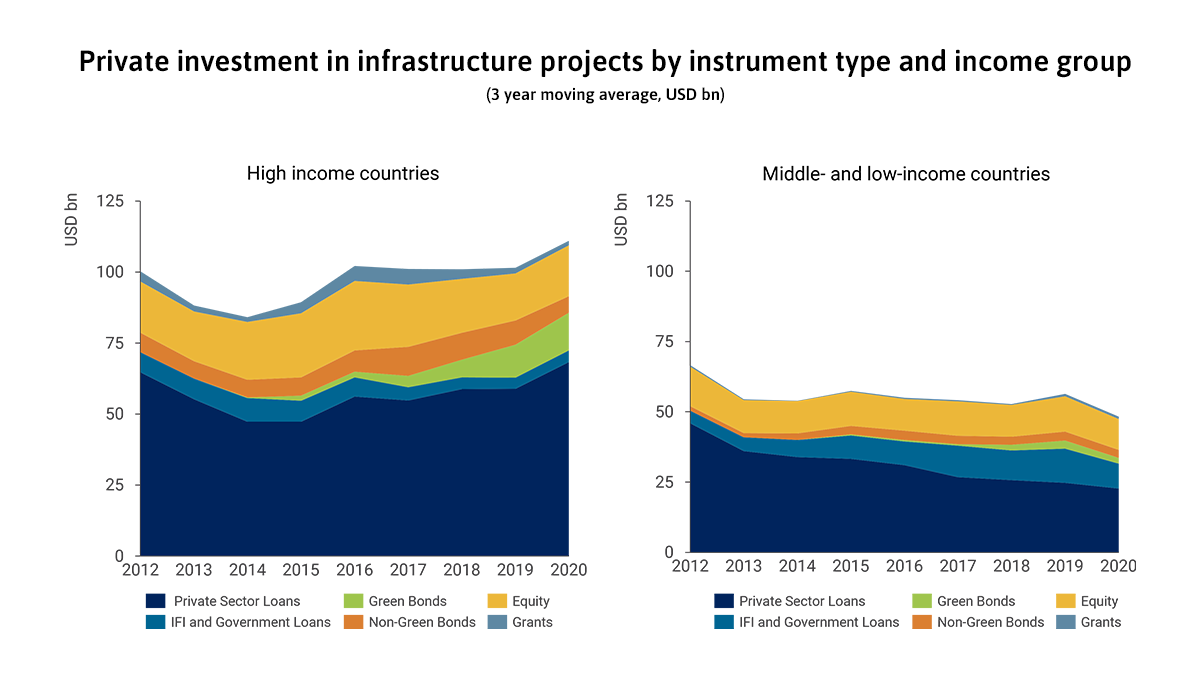 Green bonds are financial instruments that finance green projects and provide investors with regular or fixed income payments. Created in 2007, green bonds have the same deal structure as a traditional bond, but fund projects that encourage environmental sustainability. However, it wasn’t until 2014 that their usage began to accelerate. Since then, the green bond market has grown significantly including the infrastructure sector.

Green bonds are mostly used to finance infrastructure projects in developed regions, notably in Western Europe which has attracted 55% of all green bond issuances since 2015. Its share of green bond issuance has also increased over time – from 46% in 2015 to 60% in 2020.

While the mainstreaming of green bonds represents significant progress when it comes to mobilising more capital for sustainable infrastructure, there are challenges to the market’s continued growth, particularly in emerging economies. The lack of a clear, universally accepted definition of what constitutes ‘green’ is a key challenge that increases the risk of greenwashing and fosters a growing scepticism of the green bond market. Another challenge is the lack of transparency around the actual use of proceeds, with often limited and opaque post-issuance reporting by the issuer.

Snapchat Marketing Guide For Beginners In 2022

50 Money Affirmations That Work Fast To Change Your Mindset

What Is the U.S. Trade Deficit and Why Does It Matter?