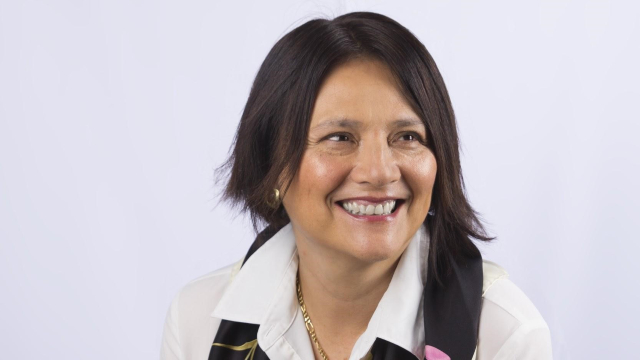 As both developing and developed countries move to fully capture the economic and social benefits of inclusive infrastructure, there is increasing understanding of the value of women’s perspectives and contributions in planning, designing and delivering infrastructure. Yet, the gender gap in infrastructure remains. The infrastructure industry continues to attract and employ far fewer women than men, and women users of infrastructure still face safety and other issues from infrastructure that hasn’t been designed to work for everyone.

Today, the GI Hub shares the first in a two-part series speaking with women infrastructure leaders in Latin America. The seven women interviewed in this series share how they started and progressed their careers in infrastructure, and the successes and challenges they encountered along the way.

The GI Hub is committed to highlighting women’s roles in infrastructure development and encouraging greater gender inclusiveness throughout the industry – in alignment with the G20’s agenda of social inclusion as an integral component of quality infrastructure. The G20 has long recognised the benefits that follow when diverse groups of infrastructure users are consulted to create infrastructure that works, and when there is diversity among the people responsible for delivering infrastructure.

The women we introduce today are faces of inclusion, talent, skill and innovation. Their stories help illuminate what the industry has achieved and what still needs to be done.

Silva’s work as a partner at Bofill Escobar Silva Abogados focuses on dispute resolution in the mining and natural resources sectors. She has extensive experience in regulatory law within infrastructure development.

She took her first job, in the Chilean Chamber of Construction, because they needed a lawyer, not because she had any interest in infrastructure. At age 25 she met the future Minister of Public Works, who brought her into the Ministry. ‘I never dreamed about being in infrastructure development. But it turned out I was good at it’, she says.

In 2010, she was appointed Vice Minister of Public Works, the first woman to ever hold that position. Just two years later, she became the Minister of Public Works, again becoming the first (and to date, the only) woman to hold the role. As Minister, she spearheaded and oversaw the National Water Resource Strategy with the aim of improving water management and delivery. As a result of her work, Chile is the only Latin American country in which 100% of urban areas have potable water and the collection and treatment of sewage.

Of that project Silva says, ‘Seeing the change it brought to people is so satisfying. You can’t imagine the life-changing aspect when your source of water changes from a far-off river to a pipe coming into your home.’

In Buenos Aires, Argentina, Manuela Lopez is currently president of SBASE, the city’s subway system authority, tasked by the mayor to bring back ridership which has dropped to just 5% of its pre-COVID-19 levels. Her transport credentials are deep. She first helped expand the Bus Rapid Transit network in Buenos Aries and then served in the national government as Secretary of Transport Work in the Ministry of Transport.

She has always wanted to work in the public sector, to help change people’s lives. And the transport sector gives her the opportunity to do that. ‘In discussions I always ask what we can do to help’, she says. ‘I see everything in a broader perspective and adapted to reality. The main goal is to better people’s lives. Infrastructure is a means to do that, not the end in itself.’

Although the transport sector is male dominated, Lopez has never let that get in her way. Nor does she see herself as anyone special. ‘I was in a meeting recently and a younger woman expressed admiration for what I’d done. I was shocked. I didn’t think anyone cared or noticed!’

Engler’s team formulates and oversees public-private partnerships (PPPs) for the State of São Paulo, across all infrastructure sectors.

After graduating from Columbia Law School (NY), Engler went on to oversee dozens of major projects. One highlight was the USD$2.5 billion Piracicaba Panorama, the largest road project ever pursued in Brazil.

She says, ‘During meetings, 90% of the time I’m the only woman present, and I find I need to communicate differently. Be more assertive, more straightforward. Almost harsh.’ She discovered this when she first entered the industry in her late 20s, and learned to be more assertive than in her life outside work.

Though her adapted behaviour brought the respect of the mostly older men she encounters in her role, it has been a challenge in her workplace. ‘Every personnel evaluation, I get the same criticism. I’m too assertive’, she says. ‘But I don’t see why that’s a negative. We must be assertive. If I were a man, it wouldn’t even be something worth commenting about.’

Starting at age 20 in a commercial bank, she then went to work for a charitable organisation called The Salesians of Don Bosco, which built schools in remote areas of the country. Tasked with securing funds to build the schools, she engaged with global aid organisations. This work formed the foundation of her infrastructure development career, teaching her the art of negotiation, the success of a holistic approach and the joy in bettering people’s lives.

In 2014 Botero moved to the advisory branch of FDN. One of her first projects was the dredging of two channels leading to Cartagena port to allow for bigger container ships. She led a team of three, all women, completing the USD$500 million PPP project ahead of schedule. ‘Just the three of us, all women’, she says. ‘That was not normal.’

During the three-year project the team encountered every infrastructure challenge a project can throw at you. ‘I knew nothing about dredging. And I’m afraid of water! But looking back on it now, it was one of the most satisfying times of my life. Hard, yes, and a constant challenge, but we did it!’

Stay tuned for the next interviews in our Women in Infrastructure series, highlighting more women who are leading infrastructure development and changing lives for the better. To receive direct to your inbox, sign up here.

8 Trends From Miami Swim Week That Will Define 2022

What Are Closing Costs on a House? Who Pays Them?

Who Is Kunal Desai from Bulls on Wall Street?

Is Trade Ideas Pro Worth it?