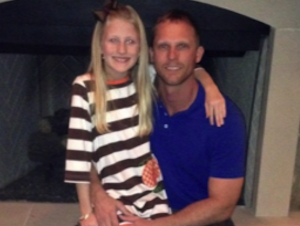 After spending nearly two years as a part of the PEP program within the walls of the Cleveland Correctional Facility, I was released in September of 2011. With the guidance of PEP staff, volunteer executives, and most importantly my peers, I had spent the previous two years planning for this day, with my goals laid out ahead of me, so I had no fear or angst about what lay ahead. I did have an uneasy feeling in my stomach about the unforeseen that stalks us all. But, I knew that with the support I had from my PEP family, I was going to be just fine.

I paroled to a transitional home in Houston, the best decision I ever could have made. I was surrounded by men at various stages in their return to society. These men had all already been where I have been and laid the groundwork for me long before I was ever even granted parole. I had questions, they had answers. I had confusion, they had solutions. I felt doubt, they offered hope. We ate together, we rode the bus together, and a few of us even worked together. At no point did I ever feel alone or hopeless. In fact, it was exactly the opposite. I had a job offer within 48 hours of my release, because of my PEP brothers paving the way for me, at an up and coming transportation company. These first few months of my release were crucial to, and laid the foundation for, my success. A short while later, I was offered a position within the organization that had helped me so much; PEP. I worked for PEP for about a year, while also attending school. All the while, I was continuing to grow as a person and a father. I would travel back home, to Midland/Odessa, to visit my daughter and continue to grow my relationship with her after an absence of five years.

I made the decision to return home to be closer to my daughter in 2013. Upon hearing of my wishes to return home, a PEP donor, board member, and all around awesome guy graciously set up a job opportunity for me all the way out in West Texas! And a really great, sought after job at that! Within 10 months of my return home, I purchased a home for my daughter and myself. I took my daughter to buy whatever bedroom set she wanted. I spent waaaayy too much, but I was ecstatic to be able to do that for my little girl.

I continue to stay in contact with many of my PEP family because I love them and because they keep me grounded without ever even having to say a word. Just seeing pictures of them brings back the thoughts of how we all banded together to build one another up so that we would never fall again. I will know these people for the rest of my life, and I am truly thankful for that. I am a success because I am a small part of something much greater than myself. I am part of a revolution.

I truly wish that every person in the world could get out of prison in this way. Seldom few would fail.