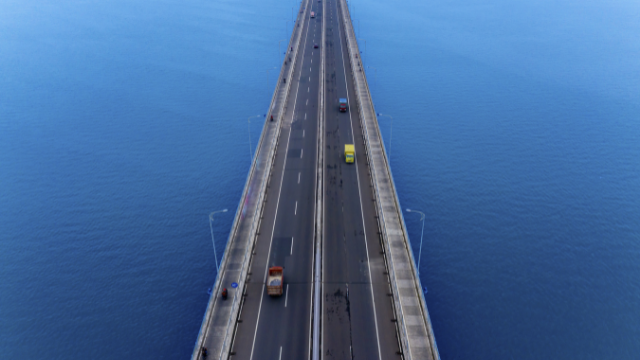 As countries look towards a post-COVID-19 future, a pipeline of well-funded and well-planned infrastructure projects will be needed to create jobs and drive investment. Consequently, delivering quality infrastructure will increasingly become a key priority for governments globally, requiring substantial investment from both the public and the private sectors.

However, the dual problem of a multi-trillion dollar financing gap and a lack of bankable infrastructure projects present a challenge for governments everywhere. By establishing new financial institutions (or repurposing existing ones) with a specific focus on infrastructure, governments can make infrastructure financing more accessible and affordable, while also improving the quality and quantity of projects.

This enables them to borrow at lower rates than private institutions, and at longer loan tenures, because their credit ratings generally reflect those of their sovereign government.

NIB’s don’t take deposits and, as publicly-owned institutions, they don’t pay shareholder dividends. Instead, any profits are ploughed back into the balance sheet and used to build up reserves for future projects.

NIBs can be funded either wholly or in part by government. In the first instance, governments provide all of the funding via direct fiscal contribution from treasury. Alternatively, NIBs can be partially funded by government via direct equity contributions, such as in the case of the China Development Bank which mobilised surplus household savings through issuing low cost bonds.

Originally, NIBs were established during the post-war period to support the rebuilding of infrastructure and industry in Europe and Japan by providing long-term debt capital over many years at interest rates well below those of commercial lenders.

This was largely undertaken with funds provided from the United States government, via the Marshall Plan, to banks such as Kreditanstalt für Wiederaufbau, the West German government’s main financing arm. Throughout subsequent decades, this approach was replicated in many other countries around the world.

By the 1990s, a shift towards the privatisation of infrastructure saw the mobilisation of private finance become a key policy goal globally. NIBs became a key facilitator of that, with some governments adapting the mandate of existing institutions to reflect this change, while others established new entities.

In recent years, NIBs have continued to evolve with a number of institutions now focused on supporting the development of green infrastructure through a range of aligned activities, including issuing green bonds, establishing in-house sustainability expertise, and creating green investment funds.

In addition to providing long-term debt capital, NIBs have begun to play an increasingly important role in supporting other aspects of the project pipeline; and in recruiting professionals with the necessary technical, legal, financial and economic appraisal skills to support those activities.

Even in developed economies, major projects and their associated risks can struggle to attract investors. Having an NIB leading or participating in major infrastructure projects can help drive up private investment because the involvement of a publicly-owned entity helps create the perception that the project is insulated from adverse government policies. In this way, NIBs play a key role in building confidence in infrastructure projects and thereby drive the ‘crowding in’ of private sector debt.

The ability to create robust and well-prepared project pipelines has become a priority for government due to the lack of well-structured, bankable projects in many countries.

With their infrastructure expertise, and ability to assess proposals and structure finance effectively, NIBs are well-placed to alleviate these project development bottlenecks by improving project quality and accelerating investment.

For instance, PT Sarana Multi Infrastruktur has sought to address Indonesia’s major capacity shortfall in providing project preparation services, while the Development Bank of Southern Africa has been funded to expand and enhance its project preparation capability.

In recent years, NIBs have become increasingly focused on recruiting commercial banking talent, as opposed to candidates with traditional public sector project appraisal skills, and this has left them well placed to manage the complex risks inherent to project finance.

NIBs are also able to avoid issues of ‘directed finance’, where governments dictate investment decisions, by establishing independent boards who set clear and well-defined criteria for all investment and loan decisions.

For instance, NIBs have a responsibility to ensure they are focused exclusively on providing ‘additionality’ by only operating where gaps in infrastructure financing exist. Likewise, with any subsidies they provide, due care is needed to ensure these are meaningful and catalytic in nature to avoid causing market distortion.

Clearly, in countries where they’re established, NIBs present significant opportunities to boost not only the availability of infrastructure finance but also the quality and depth of project pipelines.

This will become increasingly critical in a post-COVID world as many developed economies place greater emphasis on driving a green-led recovery and world leaders look for opportunities to build sustainable growth in emerging markets.

With their proven ability to evolve, NIBs are well placed to respond to the demands of these new priorities and, there’s no doubt they can play a vital role in securing both the strong pipeline of projects needed to stimulate economic growth and the finance needed to deliver it.

What Are Closing Costs on a House? Who Pays Them?

Who Is Kunal Desai from Bulls on Wall Street?

Is Trade Ideas Pro Worth it?