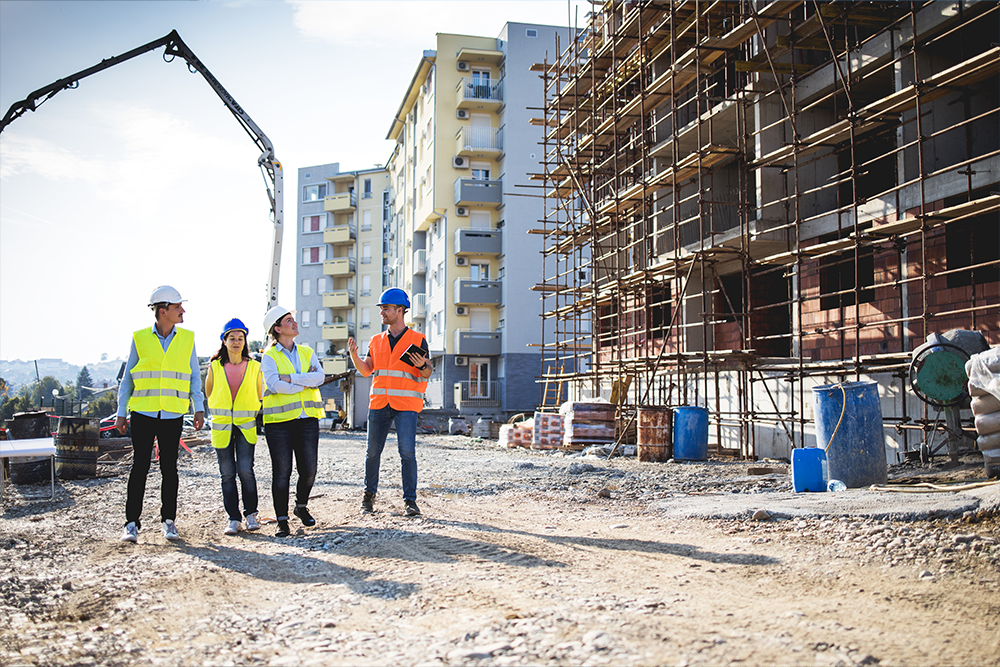 The original version of this article appeared on the World Bank’s blog here.

The last two years have seen a fundamental refocusing of the approach to PPPs by governments around the world. The global pandemic and climate change concerns raised at COP26 have elevated awareness of the need to build sustainable and resilient infrastructure, in tandem with implementing adaptation strategies and governance through innovative and collaborative partnerships between the public and private sectors.

However, there is still considerable confusion over what is meant by the rich lexicon of words being used to describe climate-resilient solutions to the challenges that governments face. The New York Times recently published an aptly titled article ‘Searching for Hidden Meaning in Climate Jargon’ where the following statement was made: ‘Governments are committing to net zero. Sustainable products are being sold to you on Instagram. Banks are pushing E.S.G.s. As climate change gets worse, it seems like everyone wants you to know that they’re doing something about it. But what do those words mean? Are they really communicating information – or obfuscating?’

Of particular note were the 13 words highlighted in the article that if incorrectly used can lead to confusion over a common understanding of their intent (net zero, sustainability, carbon footprint, mitigation, adaptation, nature-based solutions, carbon capture, geoengineering, electric, clean energy, natural gas, ESG, and carbon pricing).

Additionally, misuse of words can lead to confusion and misdirected policies and initiatives focused on future-proofing infrastructure. Three descriptive words described in the article stand out when it comes to the debate around how we can implement sustainable and resilient PPPs. They are: sustainability, mitigation, and adaptation. These words are often used incorrectly and interchangeably when they should not be.

The United Nations defines sustainability as ‘meeting the needs of the present without compromising the ability of future generations to meet their own needs.’ This view of sustainability requires an approach to PPP infrastructure and services that creates opportunities where a balance is introduced between users of infrastructure and services with the planet’s resources. Mitigation on the other hand refers to concise actions that reduce threats to PPP projects as well as by the PPP projects themselves. Finally, adaptation involves strategic actions undertaken to blunt ‘adverse event’ impacts on PPPs and prepare for current and future impacts.

The major difference between mitigation and adaptation is that while resilience implies maintaining the status quo, adaptation means making major changes to the way we live when current conditions become too hard to sustain.

Fortunately, there are collaborative international efforts underway to find ways to introduce the concepts of resilience, sustainability, and adaptation to PPPs. A noteworthy champion of adaptation is the Global Center on Adaption (GCA), which in partnership with the World Bank and other MDBs has launched significant efforts to introduce best practices that address sustainability, mitigation, and adaptation coherently for PPPs. In September 2021, the GCA released its collaborative technical paper titled the Climate-Resilient Infrastructure Officer Handbook, which is a knowledge module on PPPs for climate-resilient infrastructure. This publication is timely, especially when governments are grappling with adopting, and in certain cases mandating, resilience for large infrastructure initiatives. This document could serve as a guide to the Biden Administration’s trillion dollar build back better infrastructure bill.

A recent Washington Post article, A changing climate is buckling concrete and flooding roads. States are moving slowly to guard the nation’s infrastructure, highlighted the need for states to consider resilience when planning and designing U.S. infrastructure in partnership with the private sector that could collaboratively assume some of the risk associated with climate change. This is particularly pertinent as the article revealed that only a handful of the 24 state Department of Transportation’s that responded indicated they have any projects that have been designed with climate change-driven weather in mind.

This state of affairs should not be a shock to anyone. In my numerous interactions with governments across the world, there is growing concern about implementing resilient PPPs, which is unfortunately stymied by a lack of capacity to implement them or concerns about short-term costs rather than focusing on the long-term benefits.

In this LinkedIn article I highlighted some of GCA’s critical considerations for climate-resilient infrastructure PPPs, described as ‘infrastructure that is planned, designed, built, operated, and maintained in a way that anticipates, prepares for, and adapts to changing climate conditions. The GCA also recommends adopting the six G20 Quality Infrastructure Investment (QII) Partnership principles as well as cost-effective nature-based solutions that work with nature, provide benefits to the environment, economies and communities, and enhance the resilience of infrastructure.

A clearer understanding of the concepts behind resilient infrastructure will result in implementation policies and practices that can leverage all committed parties’ objectives coherently. Let’s adopt these ideas as PPP practitioners and work to build them into better PPPs.