Who wrote the Bible? • Al wujud


The Bible was written by 40 different writers. They were kings, farmers, philosophers, fishermen, poets, musicians, doctors, teachers, statesmen, lawyers, and shepherds. They lived for more than 1,000 years. Despite this long period, there is a consistent theme. The second and last part of the Bible was written about 2,000 years ago. Still, the message of the Bible is relevant and reliable.

Some people claim the Bible is falsified

Some people assume that the Bible is not reliable anymore. After all, the Bible was written a long time ago, and the original manuscripts do not exist anymore. You can find out why the Bible is still reliable by reading the article at the bottom of this page.

God wants to express His love for people throughout the Bible. He is carrying out His plan through the centuries. Therefore, it is not just another book. The Bible contains God’s message for us. That is why the Bible is also known as the Word of God.

The Old and New Testament

The Bible consists of two major parts. The first part is also known as the Old Testament or the Tenach. This part covers a period of over 3,000 years. The second part is called the New Testament. This part describes a period of lesser than 100 years.

The word “testament” means “covenant,” an agreement. It is about the connection between God and people and the promises of God to us.

The Old Testament describes the creation of the universe, the earth, and people. In the creation story, it becomes obvious that people were created with the capacity to make their own choices. People can decide to do what their Creator considers good or what they themselves think is important. From the scriptures, you can read in the Old Testament, it quickly becomes obvious that people often choose to do whatever they like for themselves.

You can also find in the Old Testament that God created all of us to love Him and one another. Nevertheless, many people fail to do so. Our Creator is also righteous and cannot leave people’s rebellious behavior unpunished. If He did, He would lose His reliability and respect. More about this can be read in the main story on this site. Our self-centered behavior leads to a life without God. Therefore, we must face the consequences of our disrespectful and sinful behavior after our lives.

But God also desires to love and forgive us when we deeply regret our disrespectful acts. However, He cannot simply forgive our sins without remaining righteous. Thus, if God does want to forgive us, this dilemma has to be solved. The Old Testament mentions the coming of a Savior numerous times. This Savior will be the One to restore our peace with God.

The New Testament is the second part of the Bible. This part is all about the promised Savior. His name is Jesus Christ. It is about fulfilling God’s plan of salvation for those who will put their trust in God. In the main story of this website, you can read much more about this rescue plan for you and me.

Jesus Christ clarified much about God’s plan for the world and what God expects of us. Nevertheless, this does not turn the Old Testament into “old news”. The Bible is a unity. The entire message of the Old Testament becomes a reality in the New Testament.

The Bible is composed of 66 books

A total of 66 books were written by 40 different authors. Together these make up the Bible. All of these writings were inspired by God. They were not dictated by an angel. The thoughts and experiences were inspired by God, which enabled the writers to write down His message The Bible also contains many stories of people and their experiences with God. We can learn from the challenges, difficulties, mistakes, and successes of the many persons in the Bible.

But the Helper will teach you everything and cause you to remember all that I told you. This Helper is the Holy Spirit that the Father will send in my name. John 14:26 ERV

There has never been one person who gathered the 66 writings into one book. Nor is there any meeting that determined which writings should be in the Bible. Over the centuries, the writings were gathered and bundled into what we now know as the Bible. In the first centuries after Jesus Christ, there were also writings that did not prove to be trustworthy and inspired by God. Therefore, these are not included in the Bible.

In which language can the Bible be read?

Nowadays, the Bible can be read in over 2,500 languages. This is more than any other book. The Old Testament was originally written in Hebrew and Aramaic. The New Testament in Greek.

Is the Bible foremost a book of laws and rules?

The Bible is neither a textbook nor a law book. The Bible is written as a book of life. The main theme throughout the Bible is the love of God for His creation. It also deals with our trust in God. However, we are very hard-headed and stubborn. That’s why there are also life guidelines in the Bible. If you study them carefully, you will discover that these rules are intended for our welfare. They reflect the love God has for us. But they also remind us to respect our Creator.

The law says, “You must not commit adultery, you must not murder anyone, you must not steal, you must not want what belongs to someone else.” All these commands and all other commands are really only one rule: “Love your neighbor the same as you love yourself.” Romans 13:9

Did Jesus also write a book?

Jesus Christ did not write any book of the Bible. Four of Jesus’ disciples wrote about His teachings, parables, healings and miracles in their Gospels. The Indjiel of Jesus often refers to the New Testament or the 4 Gospels. In them, we read about the His birth, His life, His crucifixion and resurrection from the dead.

In the Old Testament, many predictions were made about a Savior who was to come. These came true through the life, death, and resurrection of Jesus.

Paul is the author of several letters found in the New Testament. Some people claim that Paul’s message differs from other writers. However, if you read the Gospels (Injil) and put them alongside Paul’s letters, you will discover a great consistency. At first, Paul was a fierce opponent of the followers of Jesus. After Paul was touched by God in a special way, He used the rest of his life to tell the good news of Jesus Christ in many countries. Paul taught people about the importance of the death and resurrection of Jesus Christ. He practiced what Jesus Christ had instructed His disciples to do:

So go and make followers of all people in the world. Baptize them in the name of the Father and the Son and the Holy Spirit. Matthew 28:19

Paul was willing to suffer and even be killed for this very cause. He was not a falsifier of the message of Jesus, as some have claimed. It is also claimed that Paul invented the teaching of the Trinity and that he made Jesus godlike. The term “trinity” is not found in the Bible or even in Paul’s letters. The term “trinity” became a popular term only later among the followers of Jesus. This word expresses that God has revealed Himself as Father, Son, and Spirit. It is already obvious that Jesus is divine from Jesus’ own words in the gospels.

The Bible is full of descriptions of people who experienced challenges and hardships in life just like you and I do. It is inspiring to read the stories of people who relied on God. You can read about how God helps and blesses these people. I would like to encourage you to discover for yourself what God’s words can mean to you. 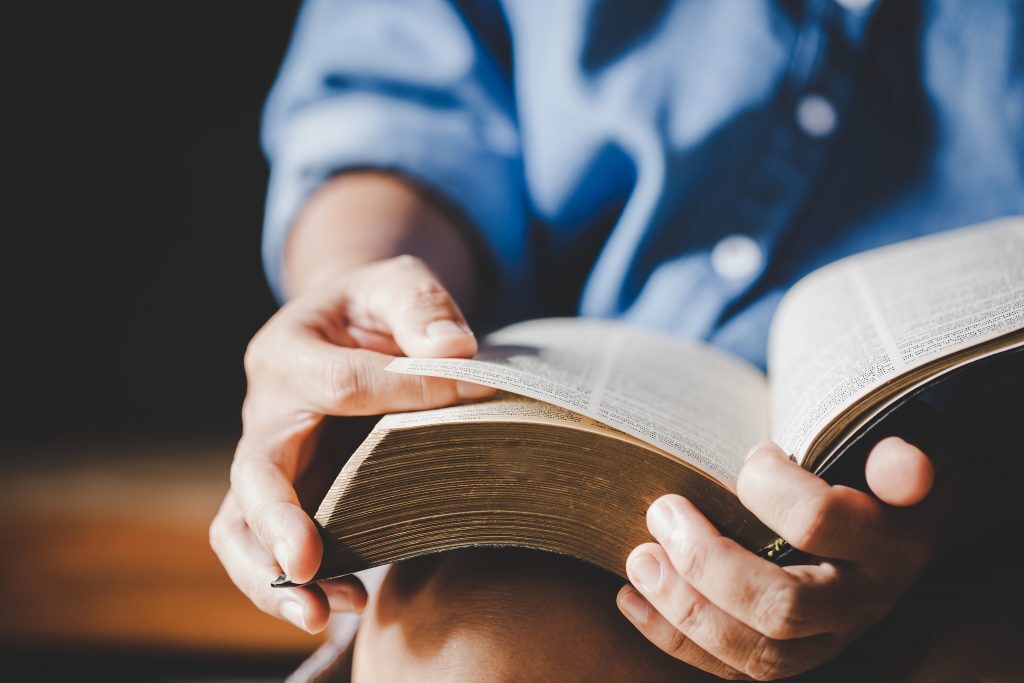 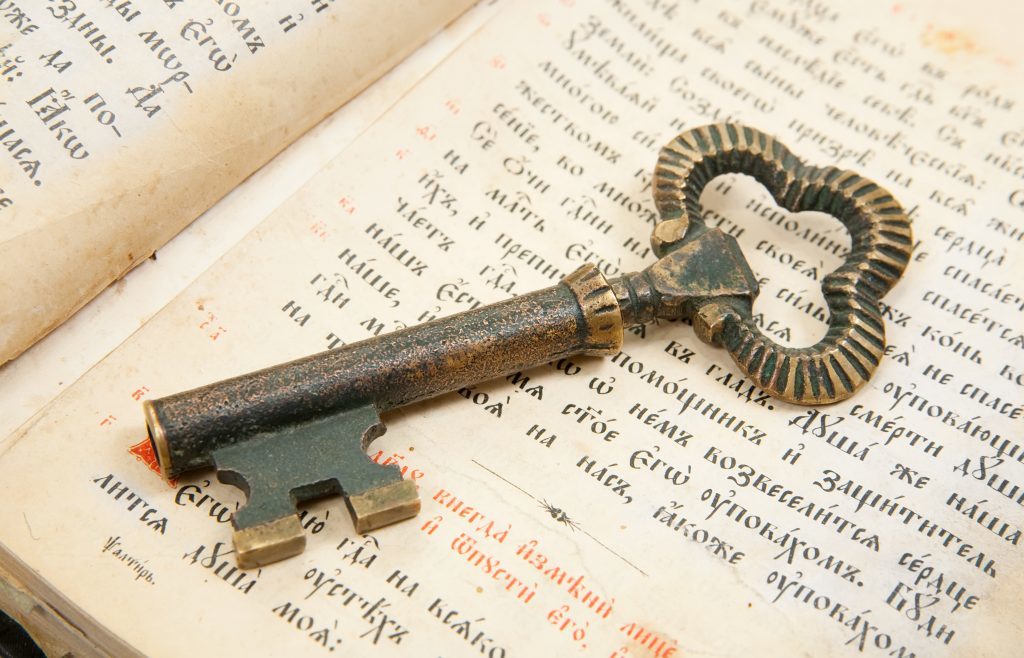 The life of Jesus • Al wujud

Common Scams and How to Deal With Them