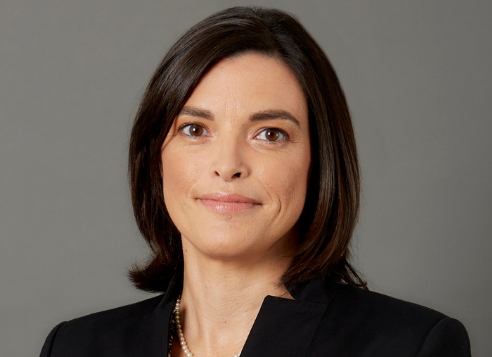 The Global Infrastructure Hub (GI Hub) strives to be an organisation where the different backgrounds and perspectives of our people contribute to diversity of thought and approach, enabling us to better live our values and achieve our mission. This diversity includes gender diversity with an awareness of our particular ability to bring attention to the need for gender equality and inclusion in infrastructure.

To mark International Women’s Day 2021, we are taking a moment to celebrate women in infrastructure and in the GI Hub. The senior leadership of the GI Hub is 75% women, and three of our four executives are women. Our Board of Directors is 40% women.

Below is a brief Q&A with our three female executives – our CEO Marie Lam-Frendo, our COO Srima McQuillan and our Head of External Relations Katharina Surikow – discussing the roles of women in infrastructure and leadership.

Q.) Can you each tell us a bit about your background and how being a woman influenced your work?

Marie: During my early career as a structural engineer, I worked all over the Middle East in places such as Libya, Algeria, Iran and Iraq during the war. I had the opportunity to launch a competency centre in Iran, around Energy for Engineers. This was a wonderful and eye-opening experience as I was fortunate to interact with a lot of women at the community level.

After shifting from engineering into infrastructure, where I worked in Africa on many different projects, I went out on my own as an independent consultant. This was an important part of my career as a woman; it made me realise that you can exist by yourself, you do not need to be part of the corporate sector, you can sell your services for yourself. During this period, I worked for a local utility on one of the biggest solar photovoltaic plants to change the regulation and tariff pricing for solar electricity, which at the time was quite ground-breaking. When I found myself missing the emerging markets in Africa, I moved to the World Economic Forum. I worked with them for a year and developed Rio + 20, which focuses on sustainable development and poverty eradication. I then launched an Africa infrastructure initiative to provide tools to help guide country projects and pipelines (this eventually led to GI Hub and Meridiam’s African Infrastructure Fellowship Program).

Towards the middle of my career, I really wanted to reconcile development and sustainability, so I joined Atkins in Singapore as head of strategy and managing director for the Asia-Pacific region. This was an interesting period; I tried a lot of pioneering approaches like export credit agency (ECA) financing, developing a blended finance platform and getting innovative projects off the ground. In 2019, I joined the GI Hub to be closer to the action and to where change can really happen. Here, I want to champion key social areas such as social equality, and more specifically gender equality, by developing tools such as our Inclusive Infrastructure and Social Equity tool.

Srima: I had an immigrant father and when I was young, I was somewhat pressured to take a technical and employable career path. I was very interested in global development and the concerns of developing countries, which drew me to water and wastewater. I became a civil engineer and earned a Master’s in Environmental Engineering. I felt my goal in life was to solve the world’s water and waste problem; I was very ambitious and probably a bit naïve.

After working as an engineer for a few years, I went to work at the World Bank and International Finance Cooperation. While there, I decided to get an MBA and transitioned into property and development. I loved it and worked on projects that meant a lot to me such as working on affordable housing in California that aimed to get people out of poverty. I then had the opportunity to move to Australia, and took up a role as a strategy manager at an infrastructure company. After a series of acquisitions I ended up working at Lendlease in a variety of roles in strategy, transformation and innovation. I was then approached by a recruiter for this role as Chief Operation Officer at GI Hub, I thought it was a good blend of areas that were of interest to me, and I was able to provide my subject matter in infrastructure and property development across different areas of the business.

In my early career, I felt it was necessary to conform, to not stand out. I felt that to achieve, I had to be not only as good as, but better and more efficient and outstanding to get a look in and to get promoted. In my mid-career, I gained confidence and experience. I think the combination of the two can sometimes mean women can be viewed as aggressive or arrogant, so my mid-career was around managing my experience and personality as an extroverted woman. I started a journey of self-learning so I could leverage my experience, but also manage my personality as I had to conform to an extent. I now feel as a leader that I am very confident and comfortable in using my voice for change. I think the bias that I experienced earlier and did not want to recognise I now openly embrace and challenge. I am fortunate in that I have a role where I can do that, and I am very vocal. But I would say that in my career as a junior engineer, there were quite a few women around me, but as you move up to the top you are very lonely as a woman and isolated.

I felt that government moved slightly too slowly for me, so I moved into lobbying with the Property Council of Australia, which gave me a taste for policy, advocacy work and stakeholder engagement. I worked in several roles there, including in the Victorian division, which was quite a big portfolio. When I moved to the national office in Sydney, I worked on housing policy and planning on a national scale, which included quite a bit around infrastructure policy. I was working with developers, but also focusing on infrastructure planning and connectivity. I joined the GI Hub in early 2017 in a strategy and communications role, then was promoted to the Head of External Relations in November 2019.

In thinking about International Women’s Day, I think it’s important to mention mentorship. I benefitted from strong females and mentors in the property sector, which is a very male-dominated sector. Watching how they managed situations and learning from them has given me confidence in how I can add value and the importance of relationships. I have also had the opportunity to work closely with Kay Scott, who was the managing Director of IJ Global, and one of the first women in that space. Working with her and having her insight and experience on how the industry works and how you can work within it was very helpful.

Over the last two years, I’ve had the benefit of Marie’s mentorship and seen the impact of her leadership of the GI Hub. She has a particular perspective from her career experiences and is very cognisant of supporting women, but I would say it is also not just about women – she fosters leadership wherever she sees it.

Q.) The theme for International Women’s Day this year is #ChooseToChallenge. What does this mean to you, both in relation to the GI Hub and across infrastructure more widely?

Srima: I think there are two parts of #ChooseToChallenge. One, it recognises that while many of us have a choice, many women in the world do not. I have the choice to speak up, I have the choice to help and influence others. Second, it recognises that challenging can be about being uncomfortable or asking uncomfortable questions, but it can also mean helping people be more comfortable and having conversations that help them understand you better. I think it’s about everyone being a bit gutsier, taking more of a risk and being an active part of the solution.

Katharina: I think there has been a big push in a lot of countries regarding the number of women that are taking up degrees like engineering and breaking down those barriers, but there are still structural barriers that prevent women from getting equal representation. As the GI Hub joins some conversations, it isn’t uncommon for Marie and I to be the only two women sitting at a table. The gender diversity in the GI Hub is not necessarily typical of what is seen in a lot of government, infrastructure, and private sector departments, which still tend to be mostly male. And the conversation isn’t just about women, but diversity in general, as you get better outcomes from diversity.

Marie: Speaking for the GI Hub, there has been a conscious push to recruit with diversity and equal opportunities front of mind. So, although we always give the job to the best-suited person with the most appropriate skillset and cultural fit for the organisation, there is a directive and accountability from the top, from our Board of Directors, to foster diversity.

Q.) When infrastructure resources are being developed, are gender bias and inequality considered enough?

Marie: I believe there are not enough resources out there, and they are too scattered. What I would like to work on is building a clear economic case for women in infrastructure. The reality is that governments will move if the benefit for their growth is clear, especially in the current economic climate. Right now, governments are in listening mode and open to being convinced. It’s a very important time, as there are some worrying trends that have been released by the International Monetary Fund showing that the pandemic has had more of an impact on the female workforce, so we need to put extra attention on this issue.

Katharina: At an on-the-ground level, we know that including women’s perspectives has implications for infrastructure policy and planning. For example, getting women’s perspectives on how footpaths are designed, or streetlights, can directly affect health and safety. Being inclusive often requires consciously thinking outside our own lived experience. I think many countries are getting better at this from a policymaking perspective, but there are some things that are going to take a really long time to change, so we do have to keep focus on these issues.

Q.) Srima and Marie, you often speak at conferences about women in STEM, infrastructure and leadership. What advice do you give?

Marie: Speak up, be bold in the meeting room and the board room and do not hold yourself back. I have witnessed many women in meetings who wanted to say something but didn’t, and this is very common. I have been one of those women, too. Don’t let that be you.

Srima: I give the same advice to everyone, whether they want to be a leader, or not. I think it is so important to know who you are, to know your strengths and to not have people drag you down. It is important to know what you have to offer and be proud of it. Be bold and tell your story.

An Area Guide to Ichra, Lahore

Pakistanis are experiencing a 52.2% increase in petrol prices in the last six months

Financial Well-being As A Woman Of Color: Why It’s Critical

The 27 Best Jobs For Stay At Home Moms